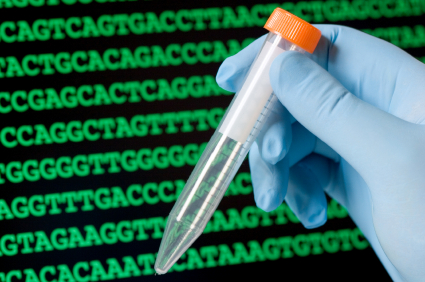 In Overland Park, Kansas, Steve Haddock and his two sisters have enlisted the Kansas University School of Law Project for Innocence and Post-Conviction Remedies in a fight to prove their father’s innocence.

In 1992, Steve’s sisters arrived home from school to find their mother, Barbara dead under a pile of wood.  After calling the police and awaiting the return of Steve and their father Ken, the family was taken to the police department for questioning.  On the day after Thanksgiving, Ken was arrested for his wife’s murder.

The prosecution theorized that Ken was under marital stress while dealing with constant worry from a pending prison sentence for federal bank fraud charges and snapped after an argument with his wife.

According to the Lawrence Journal-World, Lannie Ornburn, the Johnson County assistant district attorney who has been handling the appeals for the past four years, said the crime scene was arranged to look like the wood pile fell on top of Barbara and was the cause of her death.

Other evidence used at trial included bloodstains on Ken’s pants and shoes, plus two hairs found in Barbara’s hand. Early DNA testing was unable to positively identify the blood, but analysts were able to narrow possibilities on the hairs. Jurors, who convicted Ken of first-degree murder, were told that Ken was among only 7 percent of the Caucasian population from whom the hair could have come.

Ken’s defense team, however, argued that Ken had an alibi. Barbara was wearing a watch that was broken, presumably during the crime. The watch was stopped at 3:16 p.m., but a receipt from a Wendy’s restaurant showed Ken had made a purchase there at 3:18 p.m. Given the distance between the home and the restaurant, Ken could not have been at the murder scene at the time the watch stopped. Watch experts testified for both sides at trial, and while the watch could have been altered, both experts testified there was no evidence it had been.

Ken’s case was the first in Kansas to allow for post-conviction DNA testing in a murder case.  He had the original evidence retested along with a pair of glasses found at the crime scene.  DNA from a female—not Steve’s sister or their mother—was found on the glasses.

And the hairs, which at the time implicated Ken, proved also to be from an unidentified female — a fact that changes everything and should result in a new trial, says Beth Cateforis, one of Ken’s lawyers at the Project for Innocence.

“The results they presented at trial were that they were Ken’s hairs. That was a huge part of the state’s case,” Cateforis said. “This has the possibility of changing the outcome of the case.”

But Ornburn disagrees, saying the hairs could have been picked up from the garage, and don’t belong to the killer.

In addition, Ornburn said that some of the additional DNA testing proved blood on both Ken’s shoes and pants belonged to Barbara.

“The DNA evidence we have now is better than what we had at the first trial,” Ornburn said, adding that if Ken’s conviction is overturned, they’ll retry the case.

Whether or not the new DNA evidence is strong enough for a new trial has yet to be determined.  The Kansas Supreme Court heard Haddock’s argument last year and sent it back to the County where it ruled against a new trial.  Haddock appealed that decision to the higher court and hopes it will be heard in the fall.

Kansas University School of Law students have been successful in the past year and a half helping 10 defendants get new trials through the Project for Innocence and Post-Conviction Remedies.